While I work on re-reverse engineering about Samsung NX protocol, I tested controlling NX lens with Arduino Nano.

I uses external 5V power instead of Arduino Nano USB power, since some time it becomes unstable when the source is used for providing NX lens logic and motor power.

Below pictures shows how to wire NX lens with Arduino Nano. 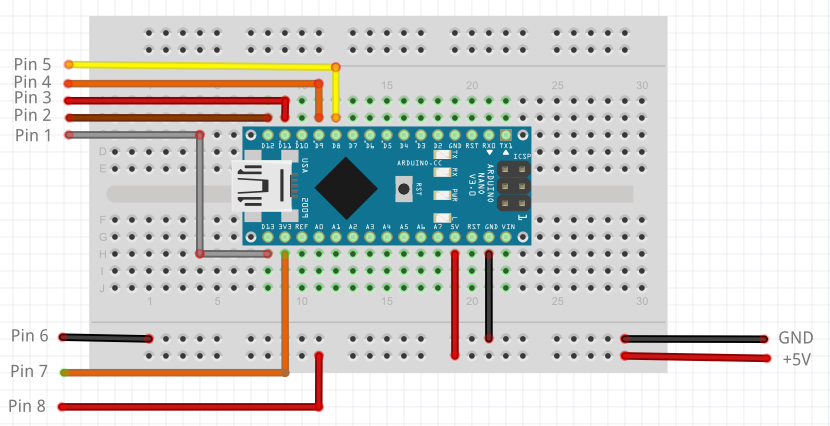 Also, I shared the source code in GitHub, https://github.com/blueringlab/NXLensControlTest

Following video clip shows how it works. The Arduino communicate NX lens with ECHO command. After that, it sets the NX lens as MF mode and its focus can be changed with focus ring.